Against the background of a smoky female shoulder

is the dark smaller one of the bottle,

or the other way round:

depending on whether one is sitting or lying down.

Now I know what maturity means: I invite

the loveliest girlfriends to share a bottle, but my object is

of the bottle, while the smoky female one is just a bit of

fluff, decoration, so to speak.

How can they stand it?

This is lousy behaviour, an old man's vice:

to hug a cool bottle,

while gazing at a girlfriend seated a little way off. 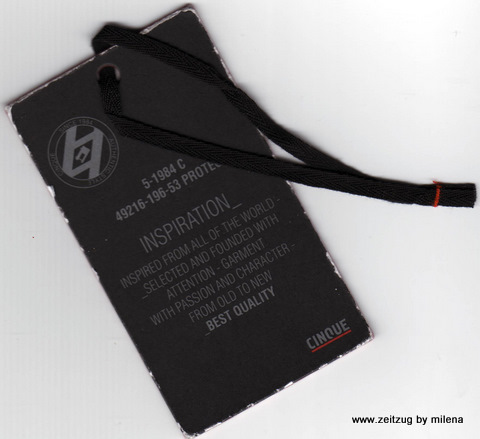 is the texture of love,

the fragility of this texture.

There are those labels on clothes:

never bring to the boil etc.

although you do excite me.

In England there is no consolation for death.

How their frantic efforts cheer one:

flying back and forth to some other city after Hungarian

phoning New York and securing an invitation for a dying man,

rousing all the Christians of Europe.

Now you're the hero,

and what's more, a tragic one.

there is no consolation for death.

Sometimes, all the same, one wants

to write poetry in English.

I know, when this "sometimes" is.

It's when one has committed some tactless

One may begin with "Actually"

and then continue in English,

how, for instance, in London, I was once introduced to a

and she held out her hand and,  fool that I was,

I shook it vigorously, but her fingers

were beset with rings, veritable hoops,

and I squeezed so hard that in Thailander's face

there was an expression of pain,

and her eyes filled with tears.

after many entreaties and requests,

I was at last permitted to go out

But in this country

the months stick together,

You've just got to live and die

I kissed her, well, approximately five and a half times.

And each time she squinted and turned into

a bird: as if to say, it wasn't me any longer, I'd nothing

Since then, my usual answer to the question "Have you ever

is in the affirmative.

I want to speak about a dead friend, about the frame of

which feel cold without his ears, without the bridge of his

It's phoney, because he, I, and the one reading this

are all in the same context, that of death.

To lament somebody is phoney, egotistical.

“Poetry happens everywhere,” writes Daniel Weissbort in the introduction to Mother Tongues, “but sometimes, often, it happens in languages that do not attract attention. We are the poorer for not experiencing it, at least to the extent it can be experienced in translation.”