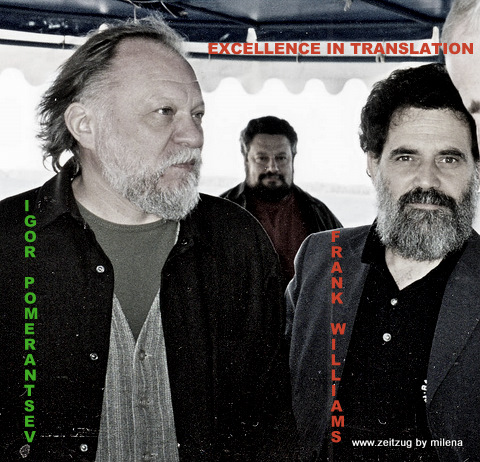 I also know Frank as a radio producer. Also talented. He has especially sensitive eardrums. Sometimes I want to blindfold him so he isn’t distracted. He was greatly influenced by grasshoppers, crickets and cicadas. Frank spends his summers on a Greek island. He has a house on one. Once he brought me a present, a concerto for grasshoppers, crickets and cicadas. The concerto was composed and performed by Mediterranean insects. Frank had recorded them, going out at dawn so the purity of the chirruping would not, God forbid, be polluted by the whizz of a bicycle or the putter of a motorbike. To provide a vehicle for this concerto, I wrote a radio composition “Monsieur Fabre’s Favourites”. (Fabre is not an imaginary character, he was a famous Provencal entomologist.) Frank was able to give full rein to his buzzing neighbours.

The third Frank is a successful manager. He has a big office of his own, while I work in the journalistic scrum. Occasionally we bump into each other in the lift. I have nothing more to say about the managerial Frank.

Frank has been translating my prose and verse for around thirty years now. Sometimes I cheat on him with other translators and even translatoresses, but I always come back to him. He magnanimously forgives me. Look who translated this!