“I am not a moralist”

By Masha TOMAK, The Day - About Igor Pomerantsev 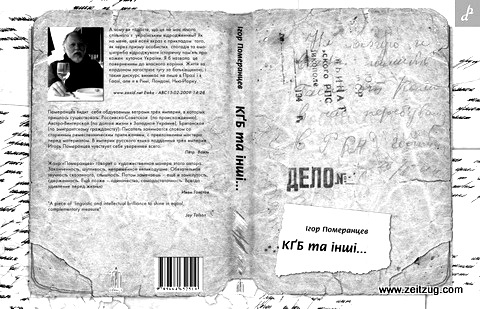 The poetic and essayistic album book KGB and Others… by the dissident, journalist, and poet Igor Pomerantsev has been published for the first time in Ukraine by GraniT. It was published, naturally, in Ukrainian, although the book was originally written in Russian and was ready for circulation more than a year ago. This is perhaps a symptomatic fact for the state of affairs in today’s Russia.

However, the book’s author, Igor Pomerantsev, a dissident (who managed to leave the Soviet Union in 1978), a BBC and Radio Liberty Russian service journalist (“trapeze artist,” as he calls himself), an essayist and a poet, hesitates to blame the Russian political climate for the fact that the manuscript of KGB and Others… has been gathering dust in a Moscow publishing house for more than a year. He still adds: “The stubborn fact is that the book first came out in translation, not in my native language. The people who work with language are attracted by the place where there is freedom of expression and information is valued. This book has come out in Kyiv.” The launch of a new book in Ukraine is also symptomatic for the author himself, because many things closely link him to this country. This is, above all, the city of Chernivtsi, which he loves tenderly and where he spent 17 years of his life. He left it in 1970, and returned 40 years later.

The publication of KGB and Others… by the GraniT publishers began, in fact, with only two Ukrainian-language translations of Pomerantsev’s poetry by Ivan Svitlychny. Before the book came out, they only existed as manuscripts and featured in prison letters. This minimal translational effort of the Ukrainian dissident prompted the GraniT chief editor Diana Klochko, as well as Ivan Andrusiak, Oleksandr Boichenko, and Mark Belorusets to tackle to a large-scale translation of Pomerantsev’s poems and essays into Ukrainian. “There is a tradition of translation inside this book, which has only existed in letters until now,” Klochko says.

So we are witnessing two simultaneous literary events: first, the publication of a new book by Pomerantsev, and, second, the translation of the author’s poems and short stories into the Ukrainian language. 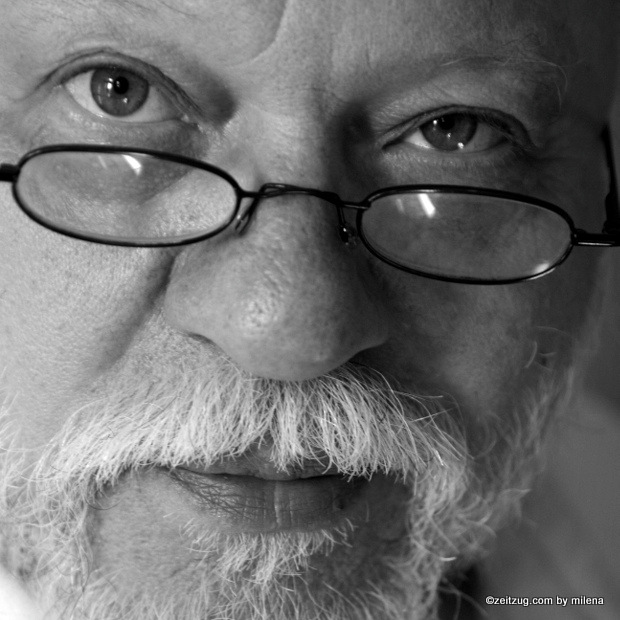 It should be noted here that Pomerantsev takes a very warmhearted attitude not only to Ukraine, which is part of his lifetime (“I was five, when parents brought me from the Baikal region to Chernivtsi… I still remember transition from daltonism to the world of seven colors, the riot of feelings, an apple-tree orchard, juicy grapes, and the fuzz on apricots”). He also tells about the Ukrainian language: “I was at odds with this almost native language. It was lively. Only later did I understand that one can master it by means of love. Ukrainian words seem to be made from hard material, not from sounds.

“I am often accused of cosmopolitism. I wish I were not because I am a patriot. I became aware of this when I visited Mediterranean countries. An American geographer wrote in the 17th century that the New World does not know such thing as the Mediterranean. Of course, he meant the entire culture, not just the geography. I think our entire European culture comes from the Mediterranean, and this is our ancestral home. When an open-hearted and sensitive European finds himself on a territory commonly referred to as Italy, he feels that something ‘tinkles’ inside and begins to understand that it is our common fatherland. It is about concrete things, such as interpretation of housing geometry, vessels, human relationships, and relationships between citizens and their state. All this was formed in the Mediterranean, in Ancient Greece and Rome. There is also a special feeling that accompanies me from Turkey to Portugal. Something ‘tinkles’ in me when I come to Kyiv, London, Sergeyev Posad, or Rome. Coming to Europe was for me, to a lar­ge extent, an encounter with myself.”

Launching his new book, Pomerantsev visited five Ukrainian cities: Ivano-Frankivsk, Lviv, Uzhhorod, and Kyiv, but the No.1 destination was Chernivtsi which the writer left as long ago as 1970 and never came back. Actually, the second, prosaic, part of the just published KGB and Others… comprises essays written in different years, but one can easily and unmistakably find Chernivtsi here. This further proves a special relationship between Pomerantsev born in the Baikal region, Pomerantsev the litterateur, and Chernivtsi. Yurii Andrukhovych unexpectedly confesses in the preface: “I began to love Chernivtsi after reading Pomerantsev’s first (in my life) works.”

“We began our tour of Ukrainian cities in Chernivtsi, and it was a dramatic arrival for me. I have not been in this city for almost forty years. I was afraid to come back to it for sentimental reasons. I maintain a very close link with this city — about two meters. The graves of my relatives — father, grandmother, aunt, and elder brother — are there. But I know I must go there and touch what I am afraid of. I managed to overcome this fear.

“At first I felt nothing — the result of an emotional protective reaction. We stayed at a hotel near a street named after Shchors at the time. I looked and saw a different plaque: Metropolitan Sheptytsky St. I was glad because Shchors is a mythical hero from some Soviet iconostasis. I don’t know if he ever existed at all. An empty personality that became famous because Stalin ordered a Ukrainian Chapayev to be created. And here I see Metropolitan Sheptytsky, a heroic figure for me. This means that not only toponymy but also the topography of history and memory are undergoing changes. I only wish the children who will be walking down this street would live off their own history rather than fake Soviet myths.

“Myths are a national and state-related phenomenon. Myths are a dangerous thing. What is very important in mythology is the choice of gods. It is a crucial task. I have heard a lot about heroes of the resistance movement in Western Ukraine in the 1940s. I think they are tragic personalities who found themselves between the hammer and the swastika. It seems to me the portrayal of them as the heroes of new myths lacks delicacy — in terms of both heart and spirit. I am not a mythmaker, but I consider people of the 1960s as heroes of Ukraine. This is my pantheon.”

After the launching ceremony, The Day managed to break through the serried ranks of Pomerantsev’s Kyiv friends and ask him several questions.

“There is a colossal problem with Russia. A silenced memory, repudiation of historical memory, the embellished Soviet jingoistic myths are a variety of barbarity. This is an unbounded field for psychiatrists to work in. History is being exclusively treated as a compliment to the nation. I am just shrugging my shoulders. This really hurts me. An outstanding culture, a great literature — and this interpretation of your own memory… As chalk is wiped off a school blackboard, so Russia is doing with history — equally crudely and primitively.”

“In different times, different writers have been expressing different codes and spirits of a decade. Speaking of Ukraine in the 2000s, I would name, oddly enough, Verka Serdiuchka (popular stage drag-queen — Ed.). This figure is at the intersection of times, tastes, vulgarity, and laughter over oneself.

“I can have absolutely different allies in reproducing the smell of the 1970s, I would name, particularly, Bernardo Bertolucci, who depicted the epoch of Italian fascism in the 1930s. He was a genius in reproducing the atmosphere of the time, the Zeitgeist.”

Who do you consider to be your allies today — among Ukrainian and Russian writers, poets, and journalists?

“Well, there is no war today, so we do not need an Entente of sorts. Still I can say my allies are those who present me with their books or write prefaces to mine, such as Yuri Andrukhovych and, in Russia, Vladimir Salimon, Timur Kibirov, and Dmitry Prigov.”

Some of the KGB poems published in German, Wespennest translated by Erich Klein