My grandfather called the library on our estate his 'bibliothika', my father referred to his 'collection of books'. I liked putting my cheek against his and listening to his voice. It didn't matter what he read, Mother Goose, Les veillées du château, The Life and Adventures of Robinson Crusoe or The Iliad, as long as it was him reading, and reading to me.

But I say unto you, and what is said will soon come to pass...

Sometimes I made so bold as to tweak the tassel on his skullcap or secretly finger one of his braided button-loops. My father would frown and by a slight change in intonation let me understand he disapproved. When he left me alone with the encyclopedias of the heavens, ABCs, incanabula, bedtime storybooks, I would lose all sense of time and meander through the maze of books until my tutor forcibly removed me to the nursery. My secret dream was to lock myself away in the library forever. Even the furniture seemed to be out of a fairy tale: a French mahogany armchair with arms carved in the shape of a sphinx; a little stool on wheels so you could scuttle along in front of the shelves; a walnut bureau; a lacquered rosewood secretaire with bronze handles on each of a myriad of little drawers and cubbyholes, a key with a ribbon and a hidden spring that opened a tiny secret compartment. Left to my own devices in the hall on the lower floor, I liked spinnning a round table with little S-shaped feet and was once careless enough to send an ormolu clock, candelabra and bronze urn crashing to the floor. For this misdemeanour I was made to kneel in the corner and deprived of all treats.  Later I realised the reason our library was so richly endowed with French books and furnishings was because my father was worried about a repeat of Emperor Pavel's persecution of all things foreign, including fashions of dresses and hats, and nouns with a French revolutionary tinge such as 'citizen', 'patriot', 'nation'. But I understood this only after the passage of time, when the word 'bibliothika' had definitely outlived its time and reverted irrevocably into dust.

No, I was not of aristocratic descent. There was no library creaking and rustling on the floor below, no Black Forest cuckoo clock, no lacquered secretaire reminded in its dreams of a carefree childhood growing wild in a far-off kingdom called Peru. But there were two glass-fronted bookcases in the cramped government apartment in which the brown volumes of the Selected Works of V.I. Lenin co-habited peacefully with pre-revolutionary editions of Hobbes, Herbert Spenser and Heine, which my father, a Soviet journalist and indefatigable bookworm, had picked up second-hand.

I had to leave the most valuable of them behind when I emigrated at the end of the seventies of the last century.  Emigrants could only take out Soviet editions published before 1946. Once in Germany and Britain my collection of Russian and Soviet poets was supplemented by hundreds of forbidden books published aboad, so-called  'tamizdat'. Back home ownership would have cost me a lifetime in the camps. Familiarizing myself with this forbidden fruit was effortless, as if I'd already read them when I was young.

The idea of a 'cottage library' does not strike me as being pathetic and demeaning. Cottage libraries sprang up in Russia in the 19th century and it was only later they became associated with Soviet mass literacy campaigns. But the historical associations are not the point. For me the words 'cottage' and 'log cabin' have a breath of pine and resin – of needles. Books are also made from lumber. It is processed with saws, chippers, bark strippers. And so paper also endures its birth pangs, emerging smooth and fragile, if made from hardwoods such as oak or maple, rough and strong if from softwoods like spruce or fir. At the very least, I find the meeting of books and wood in a cottage library natural and even touching. Books are intelligent and sensitive beings, they respond to the call of family.

I do not remember at which move from one country to another my quiet hatred for my library began. Packing it up into unwieldy cardboard boxes. Then the unpacking. Placing the books on shelves in order of genre, language, size. And then packing up again after a few years. Will they really keep pursuing me to the boards of my coffin and even beyond? Serves them right: let them rot alongside my mortal remains. Meantime I will read poetry, prose and essays 'into holes' on my computer and occasionally leaf through the books signed by my author friends, books which I will always find in the library of my mind. 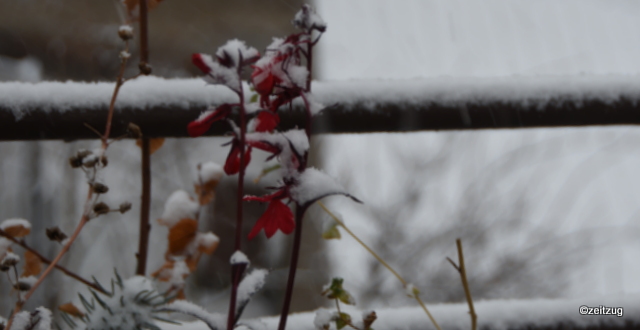