All the colours of the mother tongue

I was five when my parents brought me from Siberia to Chernivtsy. At that age it's feelings that count, not the names of countries and still less words. I can still remember the move from a world of the colour-blind to a world that displayed the full spectrum, the joy of the sensations, a cascade of pippin flower, a storm of vines, a flush of apricot. You could say it could just as well have been Abkhazia or Turkey. Yes, it could, but it happened to be Bukovina (W.Ukraine). 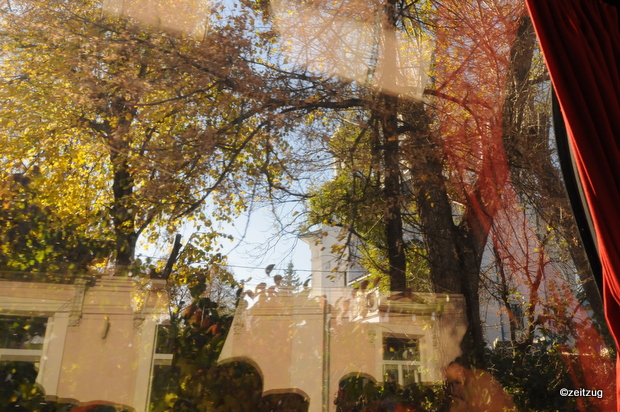 I was ten and in third grade. It was a Ukrainian literature lesson and I was called up to the blackboard. But the bell rang. Three days in a row I'd prepared: read a short text and done a precis. It had, in fact, happened three days earlier. I'd read a text, done a precis, but was given only nine out of ten. I went back to my desk and burst into tears. It wasn't because of the mark. I wept from impotence: this language so close to my own, this foreign language was beyond me. It was a living thing. It was only later I understood how I should take it: by love. Ten years later the poet David Samoilov told me: “I'm translating Mykola Bazhan*, I don't understand a word of it, but it seems to me as though I know Ukrainian.”

Mandelstam once remarked on the “Hellenistic nature” of the Russian language, while Nabokov noted Russian's amazing capacity to convey landscape, the languor of trees, smells, rains, all things in a way that is humanly tender, and also earthy, rough, lasciviously juicy. Both poets, I think, had in mind that the gap between the sound and meaning of Russian words pushes for zero. In this sense Ukrainian is even more “Hellenistic” than Russian. Krykhkiy, rynva, zelenkuvatiy, pralya, karkolomniy**, those are words carved not of sound, but of solid matter.

I first – school doesn't count – spoke Ukrainian in emigration. Two out of ten did, after all, count for something. It turned out that young Ukrainians who had grown up in America or England didn't know Russian. That's the truth, it's not some figment of my imagination or ideological bullshit. Maybe the current generation of young Ukrainians will also have a poor knowledge of Russian. It pains me to think it might be so. But I have a vested interest, I am a writer and I want to reach as many readers as possible. All right, let them read me in translation. I did not begrudge those Hutsul children I taught English and Russian to a quarter of a century ago in the Carpathians. In the evenings I used to patrol the low dormitory block where my pupils slept. Along the corridor on the ground floor were long rows of children's boots, shoes, galoshes, sandals. Why sandals, when it was already autumn? Shoes with the leather worn to white, tattered shoelaces that were all knots, a fusty smell of leather, sweat, damp. Just you try looking at those boots, shoes, galoshes, sandals – but why sandals, when it was already autumn? - and not sag against the banister, not burst into tears...

Translator's note: *Mykola Bazhan, Ukrainian poet, member of the Central Committee of the Communist Party of the Soviet Union, People's Deputy of the Supreme Soviet of the USSR and of the Supreme Rada of the Ukrainian SSR, nominated for the Nobel Prize for Literature but forced to reject the nomination.
**Krykhkiy, rynva, zelenkuvatiy, pralya, karkolomniy are Ukrainian for fragile, water main, greenish, washerwoman and breakneck.