You have to be totally devoid of common sense not to believe in mystery. Mystery is there every step we take, literally under our noses. This is something every lathe operator who works with metal, every joiner who works with wood, every sculptor who works with hard, granular and liquid materials knows. In the town square of Mainz there is a fountain by the Russian sculptor Vadim Kosmachov. He works with sheet steel and zinc, beech and pine, water and wind. When children play in Kosmachov’s elegant creation in the summertime, their voices and the splash of water become an integral part of the sculptural image. That is a miracle. A mystery. One day I made a recording of the fountain, and it’s been flowing on air ever since. 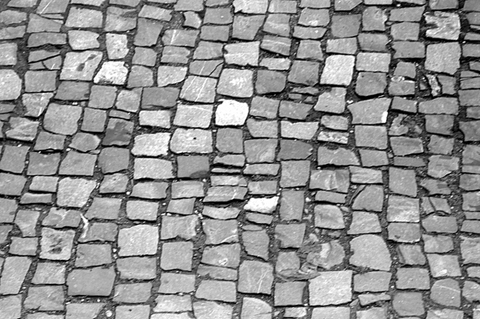 I work with voices, sounds and, just like the metal turner or the joiner, I believe in the mystery of the material that I am shaping. I lost interest in “information”, “news” and “current affairs” long since. Over a century ago the philosopher Nikolay Fyodorov made his appeal to eliminate the “unbrotherliness”, the “unrelatedness” between people.  It was he who promoted the idea of “regulating nature” through science and technology. To what end? To resurrect our ancestors. He believed death was an evil and suggested we conquer it by mastering space and controlling the cosmic process. I first understood that this is in fact possible, and that I can play a part in bringing about Fyodorov’s ideas, when I read Velemir Khlebnikov’s essay “Radio of the Future”. (“Radio can be the spiritual sun of our country, a great enchanter and sorcerer… The radio of the future will also be able to function as a healer, curing without drugs… Radio will forge the unbroken chain of the global soul and fuse mankind.”) It was as if the scales had fallen from my eyes.  I grasped the meaning of death and discovered the means to resist it. Now, many years later, I can confirm that my instinct was right. I have, indeed, learned how to resurrect people with their voice and/or grant them immortality even during their lifetime. Alas, this only applies to people who were recorded by some mechanical means (the first phonograph was produced in August 1877). The essence of my discovery is as follows: I transmit voices with the help of broadcasting equipment into the cosmos, where they remain in perpetuity and settle the virgin ploughland of the astral ecumene.

How did it all begin? In the tenth year of my broadcast career I had to leave London for Munich. As I gathered up my archive of recordings, I noted that my steel cupboard represented a sizable graveyard. Almost a third of the people I had recorded had walked their earthly path, so to speak, to the end. Among them was my old friend, the dissident K. He died in an air crash. (I note in parentheses that many dissidents, once they are at liberty, often find themselves in conflict, not so much with the authorities or security services, as the forces of nature, the spirits of the latest technologies, the fuel and energy complex, and perish as a result.) It would have been my friend’s birthday at the time of the move to Munich, and his widow asked me mark the anniversary on air. Naturally, I agreed, and in doing so realized that it was as if I was restoring K. his freedom, giving him a second life. Veterans of the Cold War will understand what I mean. When the Western broadcasters talked about political prisoners, it was as if they had secured them a few minutes’ liberty, or at least given them the possibility of exercising in the open air. K. N. Batyushkov wrote, on the very verge of insanity:
I sigh…and my voice, somber
As the harp’s soft call,
Dies quiet in the air.
Well, with me it was exactly the opposite. K. inhaled, exhaled and came to life. His widow wrote to me and confirmed it: “You have no idea what you did for me and my incorrigible husband! He is back with me, the same old bore and bastard…” But these are details. The main thing is discovering the cemetery in the cupboard, a compact cemetery at that, transportable. Nobody had ever done that: move to a new city, a new country and take a box or container with dozens of the deceased with him. I sometimes have the feeling that they communicate, i.e. converse, but that’s a kind of fantastic, Dostoyevskian necromancy. Except… Have I not become a shadow of my own voice? All the big things I have achieved in life are connected with an effort of the throat, the vocal chords, the chest, nasal tract. Neither my height, nor my features, nor the colour of my eyes are of the slightest interest. And only the flow of air, the vibrating chords modulated by lungs and palate can be interesting or attractive. I remember when I was fourteen and my voice began to break, flushed with hormonal juices. It was then I first realized that the voice can lure, enchant. I began all my courtships with a phone call and only when I knew that my voice had reached the innermost recesses of the ear and laid down a thin film of tenderness, did I suggest a date. So as not to frighten off my voice, I did not smoke, did not eat nuts or seeds, and if I caught cold, I drank milk with honey by the litre and raspberry tisanes, stood for hours with a towel over my head breathing in the vapours from a pan of boiling potatoes. Then my voice, and all its charms, would come back. It would come squirming up out of the epiglottis, lent wings by the throat and nasal passages, surge under the cupola of the palate, and my hand would reach for the phone again…

But I digress. I only wanted to say that my dear departed had brought their bodily existence to the absolute. Nothing, literally nothing, of them remained, except the voice. Yes. Only the voice, its timbre, its pitch.

In Munich I began to work systematically on consolidating my graveyard. For a start I went to a Russian almshouse on the outskirts of Paris to record the last dozen or so inhabitants. Within a couple of years they had all given up the ghost and become my wards. But I did not stop there. I asked my director for a month’s vacation and set off for old people’s homes on the Volga. In contrast to the Paris establishment, these places were repositories of the foulest of stenches. As I recorded the old men and women, I literally lost consciousness, like a scuba diver who has exhausted his oxygen. But these stinking relicts paid generous dividends: three years later my graveyard was flourishing. What’s more, I developed a special interviewing technique, which often pushed sensitive and frail subjects over the edge. When this happened before my eyes, it would induce an incredible sense of euphoria in me. 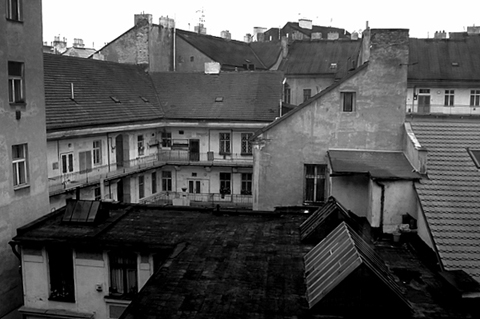 I have been in Prague for the last ten and a bit years. I now have two steel cabinets behind me. I am no longer young. I outlived Khlebnikov long ago, and I’ve almost caught up with Fyodorov. But I am easy. Few mortals have peopled inner and outer space so thickly, so fundamentally. I am certain that even in this XXI century scientists will begin restoring man to life in his biological fullness on the basis of the voice. And, of course, they will begin with me. But there is something that troubles me: who will inherit all this acoustic wealth? Who will care for my boneyard during my temporary absence? Who will lay down the pathways and avenues, catalogue and number? Naturally, I will leave instructions on how often my wards should be exercised, at what intervals and for how many minutes. One must not be overgenerous with exercise. Out in the upper atmosphere a voice can shatter, collapse from oxygen starvation. But who should I choose as my heir? My son? Alas, I lost him: he has sold his soul to the devil of television. One of my colleagues? But they do not believe in mystery, since they are wholly devoid of common sense. I think I know what I must do. I go live on air on Sundays with cultural news. I have only one hundred and eighty seconds. But that is sufficient. I must, I am simply obliged to appeal to the world with words of the truth. I am certain they will be heard, that people will reach out to me.

“Listen, listen all of you! I have come to save you…”