A Dialogue Of The Unhearing And Unheard

Radio jamming is the classical music of dictatorship. Now that music is being played in Iran, being played at full volume: Western radio stations broadcasting in Persian can no longer be heard there.

I have my own history of relations with this classical music. I first went on the air on Radio Liberty in 1978, and that is when I was jammed for the first time. After a few years, I worked at the Russian Service of the BBC to the same Cold War accompaniment. 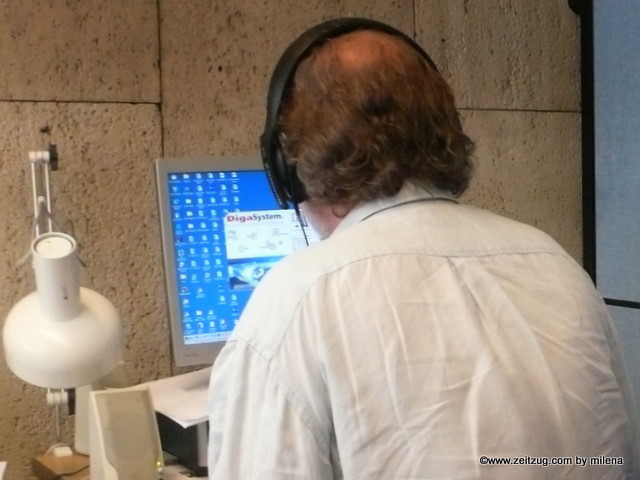 My voice, of course, doesn't matter. But how did these people dare to deprive others of the gift of hearing? It is God's gift or, if you prefer, Allah's.

This gift was generously restored to the Soviet people in 1988. A bit later I began gathering materials for a broadcast called "The Man Who Jammed Me." A Lithuanian colleague gave me the Moscow telephone numbers of veterans of the jamming service, and I began calling them up.

I couldn't reach Anatoly Stepanovich Batyushkov of Goskomsvyaz (the State Communications Committee) -- he was relaxing at a sanatorium. But I was able to chat with Natalya Yevgenevna Krestyaninova, a retired jammer of the airwaves.

She declined to participate in my broadcast -- said she had things to do at home, hadn't had anything to do with such matters for years, had grandchildren.... Maybe I didn't take the right tone in speaking with her? Maybe I should have been more good-natured -- after all, one might say that we worked in the same business for years.

Yes, I should have greeted her warmly and said: "Natalya Yevgenevna, darling, don't you recognize me? No? It's Igor! Which Igor? Igor Pomerantsev. Surely you remember me! You haven't forgotten how I went on the air in August 1978, back in the Munich days? First in Ukrainian and later in Russian? And you don't remember hearing me on the BBC? No? Oh well, forgive me. I understand -- you were cut off. Of course."
That's the way I should have spoken to her. I didn't even think to ask how many grandchildren she had or what their names are or where they go to school or what their favorite subjects are. But I didn't think of it, and it would have been awkward to call her back.

Now, to paraphrase the poet Boris Pasternak, what millennium is it in Iran? The second. And what year? Next month, the year 1389 will begin. Happy New Year.
Dr Zhivago is one of the best-known love stories of the 20th century, but the setting of the book also made it famous. It is a tale of passion and fear, set against a backdrop of revolution and violence. The film is what most people remember, but the story of the writing of the book has more twists, intrigue and bravery than many a Hollywood blockbuster. In this documentary, Stephen Smith traces the revolutionary beginnings of this bestseller to it becoming a pawn of the CIA at the height of the Cold War. The writer of the novel, Boris Pasternak, in the words of his family, willingly committed acts of literary suicide in being true to the Russia he loved but being honest about the Soviet regime he hated and despised. Under Stalin, writers and artists just disappeared if they did not support the party line. Many were murdered. Writing his book for over 20 tumultuous years, Boris Pasternak knew it could result in his death. It did result in his mistress being sent to the gulag twice, but he had to have his say. This is the story of the writing of perhaps the bravest book ever published. It is the story before the film won Oscars and its author, the Nobel Prize. It is the untold story of the real Dr Zhivago - Boris Pasternak.

Travel back to a time when literature had the power to influence the world. Washington Post national security correspondent and former bureau chief in Moscow, Peter Finn tells the dramatic first account of how a forbidden book in the Soviet Union became a secret CIA weapon in the battle between East and West. In May 1956, an Italian publishing scout smuggled a manuscript out of the USSR entrusted to him with these words from the author: "This is Doctor Zhivago. May it make its way around the world." Pasternak knew his novel would never appear in the Soviet Union, where the authorities regarded it as an assault on the 1917 Revolution, but in 1958, the CIA, secretly printed Doctor Zhivago in Russian and smuggled it into the Soviet Union. It was snapped up on the black market and passed surreptitiously from friend to friend fueling flames of dissent. Finn, will share how he and his co-author used their special access to otherwise classified CIA files, to create an irresistible portrait of the charming and passionate Pasternak and a twisty thriller that takes readers back to a fascinating period of the Cold War.