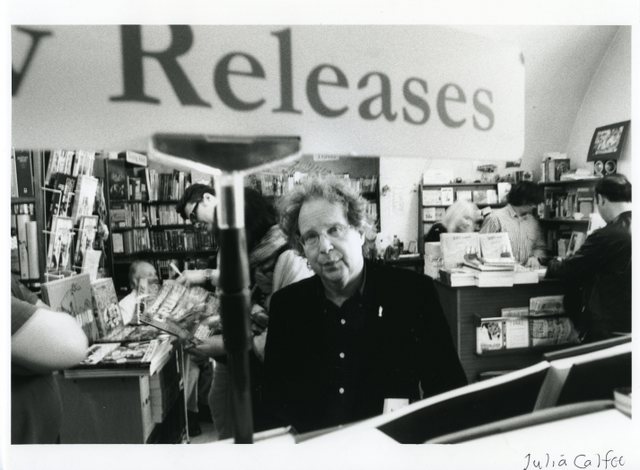 Writers' festivals are gatherings of moles and bears who every so often crawl out of their burrows and lairs to engage in a round of mutual paw-shaking, and the prestigious annual Prague International Writers' Festival, which just ended, is no exception.

Those literary moles and bears size each other up, sniff each other, because it's important for each of them to be certain that he or she writes better, incomparably better, than the rest. Once on stage, though, these writers nearly always look completely helpless, because they fail to understand they have to switch genre. Like it or not, out there you're an actor, not a writer.

By tradition, the Prague festival's biggest stars are American. The festival's president, Michael March, is an American and is happy to invite them, while the U.S. Embassy is just as happy to pay their travel costs.

This year, American literature was represented by underground stars. For the Czechs, "underground" means resistance, a willingness to risk liberty for the sake of creativity. The American underground is a mass phenomenon: big print runs, decent royalties, and no risk whatsoever. Which meant that Prague audiences didn't quite get the point of the American underground. In fact, they didn't see any point in it at all.

Sitting On The Banks

The most significant events take place not in the theaters or clubs, but in the Hotel Josef, one of the festival's sponsors. The Josef makes its best rooms available to writers free of charge. The lobby offers a constant supply of espresso, and Bohemia sekt flows into the small hours like a mountain stream. I like to sit on the bank of that stream -- to see, and be seen. 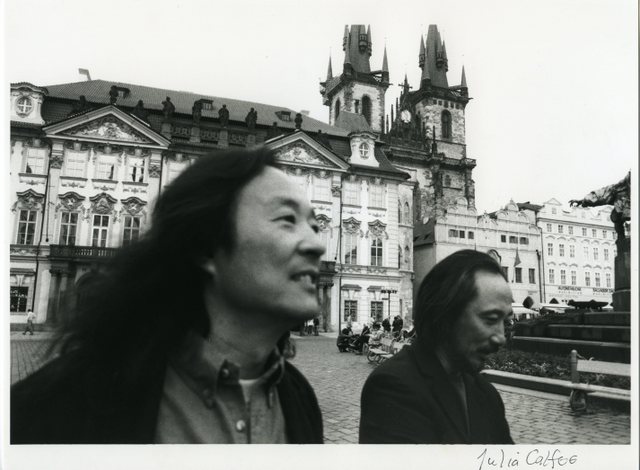 This year, my most interesting conversation was with a Chinese poet from London. I asked, with a smile, why communism had found such fertile soil for growth in his country. He smiled sincerely in response and said, "It was the Russians who imposed on us this German ideologist, Karl Marx."

I laughed out loud, recalling how I'd heard very similar drivel expressed by Russians who argued that communism was, of course, an alien, Western infection that had been transmitted to Russia. My smile was even more sincere as I said, "One has to feel sorry for the young, unsophisticated Chinese people, with their limited cultural experience."

Then I added, "But what about Taiwan? How come Taiwan was immune?"

My Chinese colleague, whose grin now split his face, replied, "I am a poet. Taiwan is a flower blooming on the other side of the fence."

"I am also a poet," I continued. "But why can't you give a straight answer to a straight question?"

"Because you are asking empty Russian questions."

My smile was as boundless as the steppe, his as wide as the Yangtze River. Our faces were literally cracking, and the sound attracted the photographers. So as not to disappoint them, we gave each other a brotherly hug.

I Googled him. He is skeptical towards the Arab world, because the Arab world as a whole hasn't declared jihad on Israel. The Egyptian authorities arrested him at the end of the 1970s for excessively radical views and kicked him out. After that, he spent a long time in a Central European country where the communists were in power. (What a sensitive soul!) He damns Fatah and Hamas as compromisers and softies. One fine June evening, festival groupies gawped in astonishment as the Palestinian poet was pushed into a black limousine outside the Hotel Josef and held there for 30 minutes.

The next day, it transpired that the great Arab poet had been pulled in for questioning or interrogation by liberals from the Palestinian Authority. Interest in the incident died immediately.

For the last seven years, the Hotel Josef has been accommodating writers who attend the festival, playing host to them, pandering to their every whim. Why? It has nothing to do with either commerce or advertising. Or not just commerce and advertising. It's simply that the hotel manager is a slim, petite lady who loves poetry genuinely and sincerely. She writes poetry, too, but only for herself.

She comes from Austria, and her name is Milena Findeis. We writers call her Angel. She's the one I think deserves the Prague International Writers' Festival's biggest prize.

Igor Pomeranzev is a Russian writer and poet who has worked for more than 20 years as a broadcaster with RFE/RL. The views expressed in this commentary, which was translated from Russian by Frank Williams, are his own, and do not necessarily reflect those of RFE/RL.