Michael March: Tell me about your life in twenty-five words or less.
Peter Stephan Jungk: As you may have witnessed, it’s a bit chaotic because it’s a life in Paris, but with tentacles towards very different parts of the world and subject matters, but the focus is and always will be novel writing.

Why are we sitting in a car in traffic in the Rue de Rivoli?
Because I thought, although it’s Saturday, which is the worst day to take the car, possibly the worst in the whole week, it would make it easier for us to go from one part of the city to another. And I had this idea in the back of my head that perhaps, if you would see the situation, we would start talking in a place where it’s quiet, which is in my dilapidated car with its Viennese number plate.

So why were you drawn to Paris?
I moved to Paris in 1988, mainly to leave Vienna. I felt that Paris was the heart and the brain of Europe. It was a very lively and inspiring city then, though a bit less so now.

Why did you wish to leave Vienna?
There are two separate stories. One has to do with the woman I love and I have my life with. She had a horrifying childhood in Vienna and wanted nothing more than to leave the city of her memories. The second reason concerns Kurt Waldheim. Before he became president, there was a huge upsurge of anti-Semitism in Austria. Perhaps not so much an upsurge of anti-Semitism, but an upsurge of daring to show it too. In other words, it was always there. We had always felt that the Austrian majority didn’t want us. But suddenly they no longer hid their feelings. From that moment on, there was no way we could stay.

Do you sometimes regret your move?
I don’t. Although Vienna has definitely changed since we left. There was a lack of horizon in the city as long as the Iron Curtain existed so close by, but in the last ten years the city has opened up in ways, unimaginable at the time.

Describe your themes and obsessions from your first novel to The King of America.
I believe my eight books to date almost all share a dialogue between America and Europe. In The King of America you have a European hero, who stalks Walt Disney, again the juxtaposition of the two worlds with their differences, with their similarities, their family ties, with their conflicts. My obsessions? I would rather not talk about them, it is better one reads my books.

Who was Walt Disney?
A very strong, magnetic force throughout my childhood. A close friend of my father’s, Heinz Haber, worked for Disney and had presented him like a demigod. So I became curious: who was the man behind the demigod? The more I learned about him, the more I became fascinated, especially when I found out how little artistic work he had actually done himself. He had been the general of a thousand workers and drawing soldiers. It was quite an experience to look behind this façade.

Your new novel The Bridge over the Hudson concerns your family. Was your family life oppressive, did you run away?
No, not at all. It was, actually, a tremendously happy childhood, but a childhood so happy it was also suffocating. I have tried not to write a story about this childhood, but to reflect upon the dangers of remaining in a childlike situation through happiness. And it’s about leaving childhood at the age of forty-five and reflecting upon these two extremely strong personalities that the main character – I hesitate to call him a hero - has in his parents. They are actually his loving parents and at the same time his greatest obstacle to becoming his own personality.

Danilo Kiš believed that the culture of Central Europe disappeared with the destruction of the Jews.
I am a good example that he wasn’t completely right. Thank God there is a large community of children of survivors, and we are doing everything to maintain Jewish culture. Kiš is correct in that a terrible damage has been done. But destruction, no. We are not destroyed. He was a survivor himself. We are still here. And always will be.

Why write?
Perhaps, I cannot do anything else. Perhaps, it’s because I grew up in this world of books and of writing, watching my father, a journalist and non-fiction writer, Robert Jungk, on the typewriter, every single day of his life. And visiting my uncles’ bookshop in London, Libris, at least once a year, which had the largest stock of books in German in all of England. In a building from the cellar to the roof, there were only books. I smelt and breathed books as a child without reading them. I just felt them through osmosis. Writing was the first form in which I expressed myself. I started on the day after seeing Peter Handke’s play ‘Kaspar’ at a theatre in Berlin in 1969.

Do you think appearance does violence to the truth?
What is true anyway? For me, everything I touch and see and realize comes very close to dream, whether it’s something I invent, whether it’s so-called reality in the newspapers, whether it’s lovemaking. Everything is completely unreal. I’m very surprised that the world functions with so much unreality constantly around us. But does it do violence? I have no idea. To me, every pebble I see is basically a miracle. I’m completely in awe of being on this planet. 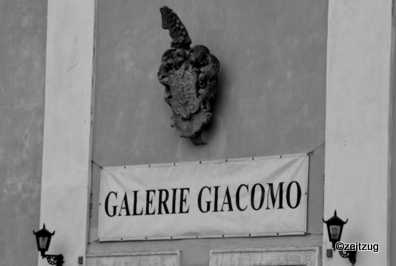 Was Casanova unreal?
He was a tremendously learned man, one of the most knowledgeable of his time. But at the same time, he was a great dreamer and lover of unreal situations.

The founder of the Pleasure Principle.
The first to put it into words.

Four-fifths women, one-fifth man. He was a mathematician. The Einstein of sex.
I love that line. Is that yours?

Yours truly.
I love that.

Our image of Casanova is kitsch.
For the very simple reason that he has always been minimized to the sexual adventurer and not to the scientist, not to the owner of incredible books, not to the traveler, not to the political figure, not to the man who sailed round Europe as poet, translator and spy.

Do you think Condeleezza Rice would have fallen in love with him?
I don’t care. That’s a question I don’t even want to think about.

But the misrepresentation of the world is gathering momentum.
We all cannot deal with our present time. The image has become so strong that people are completely overpowered, can’t breathe anymore.

Awaiting the word?
Not the word, unfortunately. We are all awaiting images, expanded images, obscene images. Reality has become a snuff movie.

Dreaming of Eden?
Dreams can sustain horror. Sometimes I’m so ashamed, I don’t know where to look. When I grew up, I was never ashamed in the present time. Only looking back to the Nazi years, did I feel shame. Now, I feel ashamed to see what is around me every day, what is happening everywhere. Not just in America.