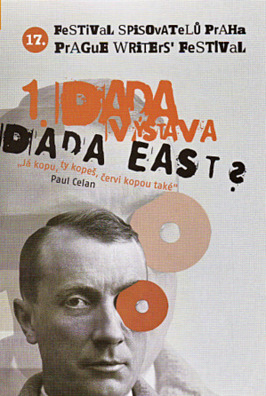 Michael March:  What is your take on Dada?

Antonín J. Liehm: Dada was the source of the avant-garde in the twentieth century. It was born out of the war, out of the destruction, out of pre-World War One cultural trends. Tzara and others in Zurich revolted—decided to oppose the horror with something playful—a joke—and eventually the Czech young people jumped upon it, jumped at Dada. This playfulness was a very important part of the Czech avant-garde, more than Surrealism.

Dada was opposed to nationalism. Dada was right to laugh at nationalism. And now, unfortunately, nationalism is coming back. That’s a problem. Do you realize that the Czech Republic is the only country in Europe where there is no satirical journal? The Czechs now take themselves terribly seriously. They believe they deserve the attention of the world—but don’t have the right to laugh at themselves and at the world. These days, there is no other country in Europe where political correctness is so much appreciated as here.

This is why we are bringing back Dada—because Dada parallels what’s happening now—a recurrent carnage attached to a morbid nationalism draped over corruption—to disguise social ills. There’s only one antidote—Dada.

The traumatism of August ’68 left a very deep mark that won’t go away. Yesterday I was with friends—Czech intellectuals—politically correct—very rude people. At one point the question came “What is your attitude to the radar?” I looked at them because it was a strange question. “Oh, we are all fighting for the radar. We are all very much for it. We distribute leaflets and things.” I was flabbergasted. This is probably the traumatism of the Russian invasion—an invasion quite different from the German invasion in 1939, which was imagined. The Russian invasion fooled the country. The country didn’t like the Russians, didn’t like the communists—but did not expect an invasion. But it happened—and twenty years later the invasion left a depression. The country is depressed. People are afraid in this country—they are afraid to be politically incorrect. They are now more afraid than they used to be under communism.

People have turned away from literature because it’s an act of becoming free.

As Kundera says, “there is no literature without irony”. That kind of literature doesn’t exist here.

All this negative energy has to find a niche. What is lustration? It’s kicking the dead.

It’s a corrupt list—given to society by the Soviet secret police.

Not necessarily the Soviet police.

In old Rome, every new emperor, every new contester to the throne had a list of proscriptions. Who rebuilt Germany after the Second World War? The Nazis—they were all Nazis. Imagine if the Germans had started a witch-hunt—that would have been absolutely impossible—because everybody was guilty in Germany.

Who runs the show here?

The Czechs have disappeared. There is nothing to bother about.