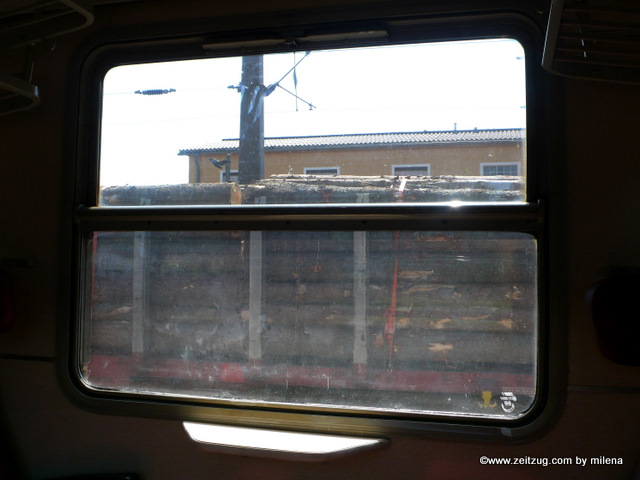 The Belgrade-Sarajevo train returned to the rails (13 December 2009), nearly 18 years after fratricide wars prevented the line from linking the Balkan cities.

In the 1980s in former Yugoslavia, Belgrade was a bustling capital, and Sarajevo the picturesque main city of the Federal Republic of Bosnia-and-Herzegovina. In 1984 Sarajevo, which is located among mountains, successfully hosted the Winter Olympics.

The express train service between Belgrade and Sarajevo became a victim of wars that erupted in Croatia in 1991 and Bosnia in 1992. Parts of the track were blown up or became front lines in the conflict as an ethnic Serb rebellion sliced Croatia in half and ethnic Serbs, Croats and Muslims fought each other in Bosnia.

Rail links between the Serbian and Bosnian capitals were restored after the war, but passengers had to change trains in order to reach their destination.

During Bosnia's 1992-95 war, Serbia's nationalist leadership armed and supported a deadly three-year siege of Sarajevo by Bosnian Serbs, which killed thousands of the city's residents.

The sleek lines, plush seats and welcoming staff of the flagship express train were a showcase of 1980s Yugoslavia at its best. The train was a glimmer of openness, hedonism and carefree multiculturalism amid the lumbering socialist drabness.

A grimy three-car train replaced the swanky trains of Yugoslavia's golden age, the 'Olympic Express' and the 'Bosna Express'. 17 passengers boarded the drab-looking train. Only nine of them were planning to travel all the way to Sarajevo.

One carriage of the 'new' Express 451 belongs to the Bosnian Serb railway, one is from Serbia and the third was provided by the Sarajevo railway authorities.

The journey will take more than eight hours instead of six due to two new borders between Serbia, Croatia and Bosnia, and as a result of a dilapidated track worn out by war, neglect and poverty.

"Before the war, Belgraders used to come to Sarajevo for fun. Some had relationships, some had friends. Bosnian men definitely liked girls from Belgrade," said Sarajevo native Boba Lizdek. "When [Josip] Tito died [in 1980], every school class went on that train to visit Tito's grave," the 43-year-old man added.

Belgrade in those days was the seat of power, a high-energy treadmill of politics and industry that powered the socialist federation of 24 million people and a dozen ethnic groups.

But multi-ethnic Sarajevo was Yugoslavia's undisputed cultural capital, its Ottoman-style cafe society a facade for a subversive counter-culture of new wave music and uncensored art.

The Yugoslav wars changed the physical and emotional fabric of both capitals irreparably.

Now just the capital of Serbia, Belgrade's once liberal urban population has been diluted by a mass influx of conservative rural refugees who fled Croatia and Bosnia.

Serbia's reluctance to face up to its responsibility for those wars has kept it on a slow track to European Union entry.

Sarajevo lost its best and brightest to sniper bullets or emigration.

Rail officials concede that the resurrection of the line is a political rather than a commercial necessity.

The present public transport link between the two cities - a bus taking eight hours to wind its way through backwater towns to the sound of thumping Balkan pop - is seldom full.

The train will run once daily, with a return ticket costing €31, compared with three trains a day before the war.

"I don't think traffic will be fully restored to pre-war levels. At best it might reach 50%," said Namik Hajric, chief conductor in the Bosnian Federation rail company.

"At the beginning we will have two passenger carriages and a restaurant car. If there is a need we will add more later."

Svetozar Pudaric, an official of Bosnia's Social Democratic Party who studied at Belgrade University, said the train might be a small step in repairing human ties between the two nations.

"Relations between the two countries will always be burdened with political and economic interests, but ties between people who shared a common living space for nearly 70 years will remain," Pudaric said.

"Some people will be on that train because it's cheaper, others because of necessity or because the train is more comfortable than a bus. But for sure, some will be on it because they decided to leave their fears and prejudices behind."

The Olympic Express was once the pride of the Yugoslav railways, but the wars of the 1990s brought the train to a halt. Now the route is operating again, but the shabby train cars and lack of passengers underline the toll of the past two decades