Julia Calfee "I would like to be remembered as someone who took risks, made decisions based on only her own love and passion, and who had a vision that is particularly personal." 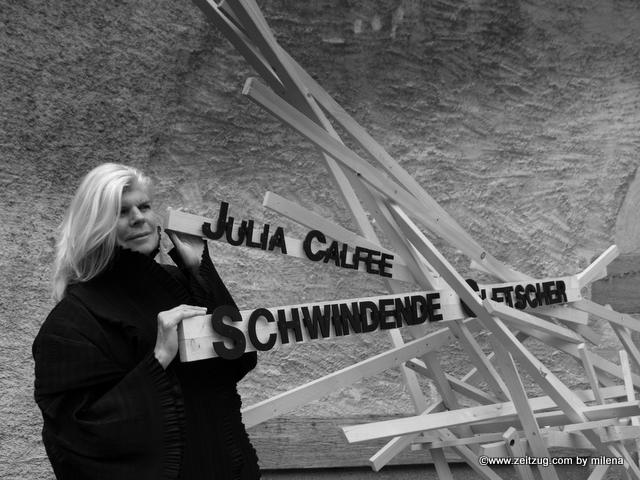 From time to time classicists like to remind us of the etymology of the word ‘author’: in Latin, it means ‘one who pushes forward borders’. The most famous Roman ‘authors’ were the generals who pushed forward the borders of the Empire, until it covered an area that today is home to around thirty different countries. The photographer Julia Calfee conquers new artistic territories, pushes forward the borders of her medium. Her most famous book, ‘Inside, The Chelsea Hotel’ tells about the New York hotel that was a breeding ground for the bohemians of the twentieth century. I use the word ‘tells’ on purpose. Julia Calfee lived over four years in this hotel. Her photographs bare comparison with the best American prose. They capture the heroes of Fitzgerald, Salinger, Capote. The Americans are the finest at writing about hotels. They made hotels and motels stopping places on the road between life and death. The heroes of American novels die, kill themselves and others in hotels. It’s the end of the American journey. The hero checks into a hotel and picks up the bill for his whole life. The American phrase to ‘check out’ is often used to mean ‘to die’.

Julia Calfee’s book is a rare example of a photographer successfully emigrating to Literature. Another of Julia’s books is the result of many years works in Mongolia. Her heroes are women-shamans, prisoners, wardens, deer-herders, trappers. In its spirit and love of detail, this book is closer to ethnography than photography. I would name the anthropologist Claude Levi-Strauss as one of the influences behind the book. Incidentally, he grew up in a family of portrait painters. Julia Calfee’s latest obsession is the melting glaciers of the Vals valley in Switzerland. In this project, the photographer has again broken through the borders of visual art. She has not only made over a thousand photographs but has also written an essay, The 'Honeycomb Glacier'.

Fearless and daring is the work of general Julia Calfee.

Making Of A Glaciers Requiem by Julia Calfee

From the outer reaches of Mongolia to New York's fabled Chelsea Hotel, multimedia artist and photographer Julia Calfee has spent her career documenting social currents and profound changes in the modern world.

Born in America, Julia studied journalism at New York University and art history at the Sorbonne in Paris. Her five-year project photographing artists in their studios, Photogeneses, was published by the Joan Miro Foundation in 1995.

In 1996, Julie set to work docmenting Central Asia. Over the next five years, she spent many months there, focusing in particular on Mongolia, Siberia, Kazakhstan and China. Her subjects ranged from traditional reindeer herders to a captivating female shaman to poverty-stricken Ulan Bator. 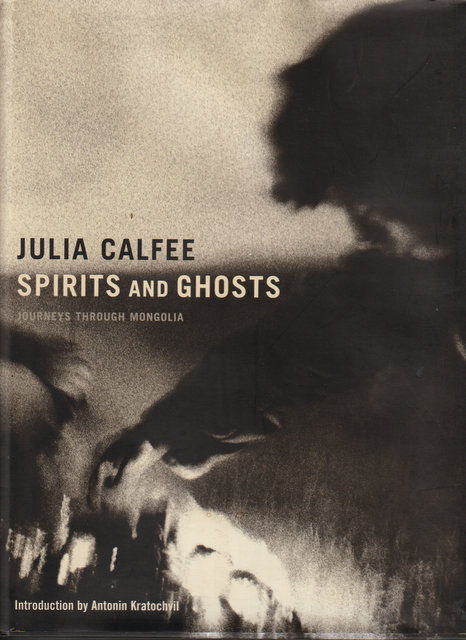 In 2000, she led a horse-drawn caravan through Mongolia to deliver medicine to remote areas while photograping life in the countryside. Working with an NGO over a three-year period, she also documented life inside high-security prisions in Mongolia. As a result of her work, prison conditions were improved for the forgotten inmates.

Next Julia explored what she calls "New China", the rising class of wealthy urbanites riding the crest of massiv economic changes in that country. In the northwest regions of China, on the old Silk road, she also sought out groups of people whose way of life has not changed in nearly a thousand years. Her work inside China appeared in many publications, including Time, Figaro, Paris Match and Corriere della Sera.

When not traveling in Europe or Asia, Julia lived from 2003 until 2008 at the Chelsea Hotel in New York, once the epicenter for a legendary group of artists that included Andy Warhol and Robert Mapplethorpe. Blending in with other residents and guests, she captured a bohemian atmosphere still infused with the spirits of the past, a place where, in her words, "excess is welcome, and the psyche can be annihilated or resurrected". Her book on this subject was published in 2008, and her photographs were part of the very successful Chelsea Hotel: Ghosts of Bohemia exhibition at Prague's DOX Gallery in late 2009 and early 2010.

In 2008 Julia was elected a member of the New Yorker chapter of the Explorers Club, a worldwide group whose past members have included Sir Edmund Hillary and Thor Heyerdahl. The group cited her many years of work in Central Asia, from the Gobi desert to Siberia, on the Silk Road, in the Altai mountains and on the prehistoric megalithes of Mongolia.

The Last Songs of the Glaciers, is a multimedia effort to document the effects of climate change, which she began photographing in 2007. In May 2010, she opened an exhibition in the medieval city of Rheinfelden in Switzerland titled The Chapel Which Sings Glacier Songs. Set in a Gothic chapel on the banks fo the Rhine River, the installation combines the sound of melting glaciers with images from the high Alpine valleys and mountains of Switzerland, offering an intimate portrait of the vast issue of global warming.

SPIRITS AND GHOSTS: JOURNEYS THROUGH MONGOLIA delves into the transitions and changes in Mongolia since 1996, touching upon the obstinate rituals and beliefs of this country still steeped in the murkiness of the post-Communist era, and awkwardly adapting to a new democratic system. In the process Calfee deftly captures the role of shamanism and rites in this mysterious land, participating in the winter migration of a female shaman and her family over the mountains, sleeping on ice-covered fields at -40° C, and taking potographs of her private seances, rarely seen by anyonde outside of this exclusive nomadic culture.
Calfee also spent years documenting the social ills of this little-understood East-Central Asian republic, spending days and nights in different prisions with women, adolscents, murderers, alcoholics, and many innocent people. Whether exploring the work camps unchanged since Stalin's time, makeshiift strip-mining conditions, rampant alcoholism, or the widespread hopelessness of urban life in the capital, Calfee's unflinching and haunting images illustrate an immense correspondence between social problems and the powerful spirituality of this intesnsely mystical  — and mysterious — land.
Antonin Kratochvil, January 2003
power House Books, New York

Thank you Julia, for photos taken during the Prague Writer's Festival 2009 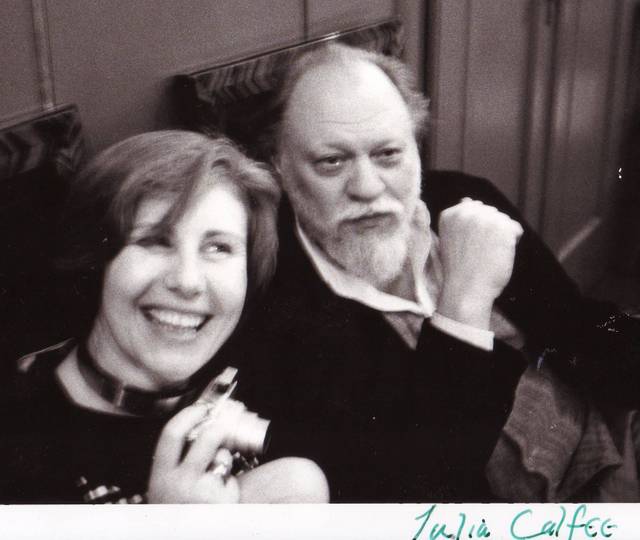