"INSIDE THE CHELSEA HOTEL"

Julia Calfee has lived and photographed in the Chelsea Hotel for over four years. As she describes it, "When I photographed at the Chelsea Hotel, I would stay in a space or situation for hours. Time would pass and my presence would become less and less visible. Sometimes I would even disappear."

CONFESSIONS OF THE PHOTOGRAPHER 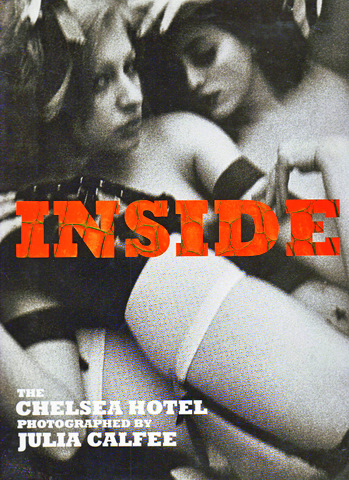 I did not chose the Chelsea Hotel, the Chelsea chose me. The urge to depict this place was incomprehensible to me and even to my entourage, who could not see the point of me spending months of my life at 222 West 23rd Street. My book Spirit and Ghosts: Journeys through Mongolia had just been published. It seemed much  more appropriate to them and to myself to go off and explore some other exotic land, like the kingdom of Mustang in the Himalasyas. Yet I was drawn in by the Chelsea Hotel spirit. Finally, when I could no longer ignore these callings, the Chelsea Hotel became the destination of my next personal project.

Evoking atmospheres rather than describing situations, and working in accordance with the anarchistic mood of the hotel, I avoided any formal, posed portraits and the use of tripods or artificial lighting. I took more than 10,000 images on high-speed film, using a handheld "on the move" style of photography. My interest was to show the actual mood of people in their space, in a series of almost musical notes on the elusive cacophony of the Hotel.

Theses photographs are symbols of humanity. No person is only himself or herself. They are depictions of the human condition. During these years I was very much on call, like a doctor on duty round the clock, where people would telephone me at strange times, asking to be photographed on the spot, or demanding my presence immediately for some event or other. Some people would make appointments but never show up, while others opened their homes to me. There were also innumerable spontaneous photo opportunities. 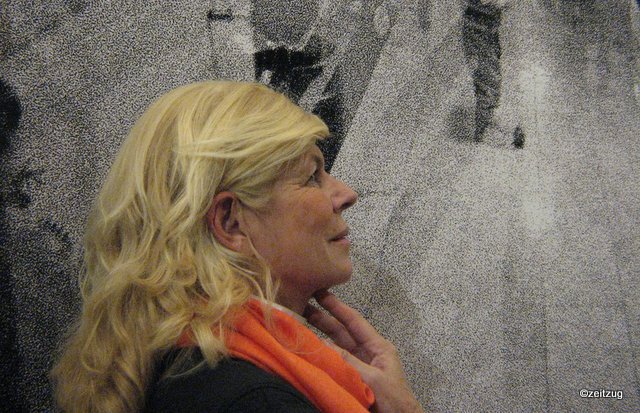 My life at the Chelsea Hotel was the same as everyone else's. I paid my rent, walked up and down the halls, and tried to integrate into my photography this special atmosphere. Of course, I continued to work on assignments in other places, mainly in China. This work took me about as much time (which I never expected), with almost as many images, as my journeys in Mongolia.

People are always asking me what it is like to live in the Chelsea Hotel. Not always easy. There were times I felt like a fly caught in a spider's web, at risk of being eaten alive if I made the wrong move. At other moments I roamed freely from room to room and up and down the staircase. This goes with living and working in the same place as a large, extended, temperamental family, full of artistic sensitivities, with long, exposed nerve ends. At times I was on edge in this sometimes claustrophobic atmosphere, but there were also many great moments of friendship, generosity, complicity, and bonding.

The Chelsea Hotel is a legendary place connected with artistic Bohemians of the 20th century, which inspired many books and films as well as famous songs by Leonard Cohen and Bob Dylan.

CHECK OUT JOSEF
CHECK IN MAXIMILIAN