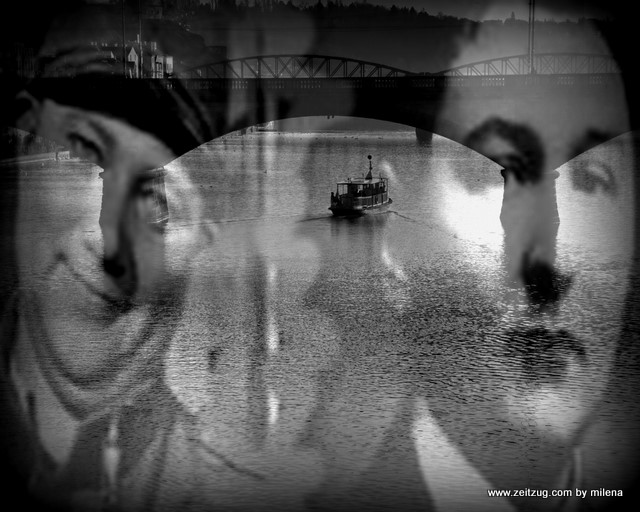 They probably never met, Franz Kafka and Jaroslav Hašek, the two writers who both described the Czech reality at the beginning of the 20th century.

Both were born in 1883, and they both died young around the age of 40. Prague was their universe, but they moved in entirely different circles and their temperament and sensitivity could not have been more different. The similarity between the two writers consists of them both writing about people finding themselves in an absurd world with laws and regulations, they did not comprehend. The difference lies in the way the writers are letting their main character react to the absurdity.

Franz Kafka came from the Jewish bourgeoisie in Prague and wrote in German. He was educated as a lawyer, but was writing on the side in an eternal battle with his own guilt. Kafka felt unloved – especially by his father – and suffered from tuberculosis which finally killed him. In his most famous work, The Process, Josef K is summoned to a court. The absurd thing is,that Josef K never finds out what he really is accused of, although he throughout the book is chasing the truth about what he is guilty of. In the end he is executed with a knife. As a dog, he said, and it was as if the shame would survive him, as the book finishes. K perishes in his attempt to grasp a logic, which is out of his reach.

The main character of Jaroslav Hašek’s The Good Soldier Svejk is tackling absurdity in a totally different fashion. Svejk’s first name is also Josef. He is a sly dog peddler who talks and cons his way out of every unpleasant situation. He proudly pronounces that he has a document proving he is an idiot. Every time somebody in charge is putting Svejk to a task, he doen’t feel like doing, Svejk is ready with an anecdote with a point which drives the listener crazy. The dominating power is an established fact, but Svejk is surviving by his sly fox logic. Just like his author Svejk was forced to be a soldier during the First World War, where the old imperial world fell apart. One grotesque situation is followed by the next, and more than K Svejk has become a national symbol, although they both are a side of the same coin: The powerless human being trying to survive. Hašek himself was working class. He was an alcoholic and wrote his stories in Czech around the Prague beer parlours. The Good Soldier Svejk was not finished, when he died.

In both books the main character named Josef is guided across the Charles Bridge by two companions. K in the direction of the castle to meet his destiny. Svejk in the opposite direction. None of the two authors experienced how popular their works became. Kafka because he only wanted to publish very little, Hašek because his genius burned out too soon.

Editoral note: 2010 I met at Josef the Danish writer and filmmaker Hans Kragh-Jacobsen, who studied in 1968, 1969 at the film academy in Prague, where he made a documentation about Stanislav Tůma. He is back to Kafka with his essay dedicated to Prague". Milena Findeis